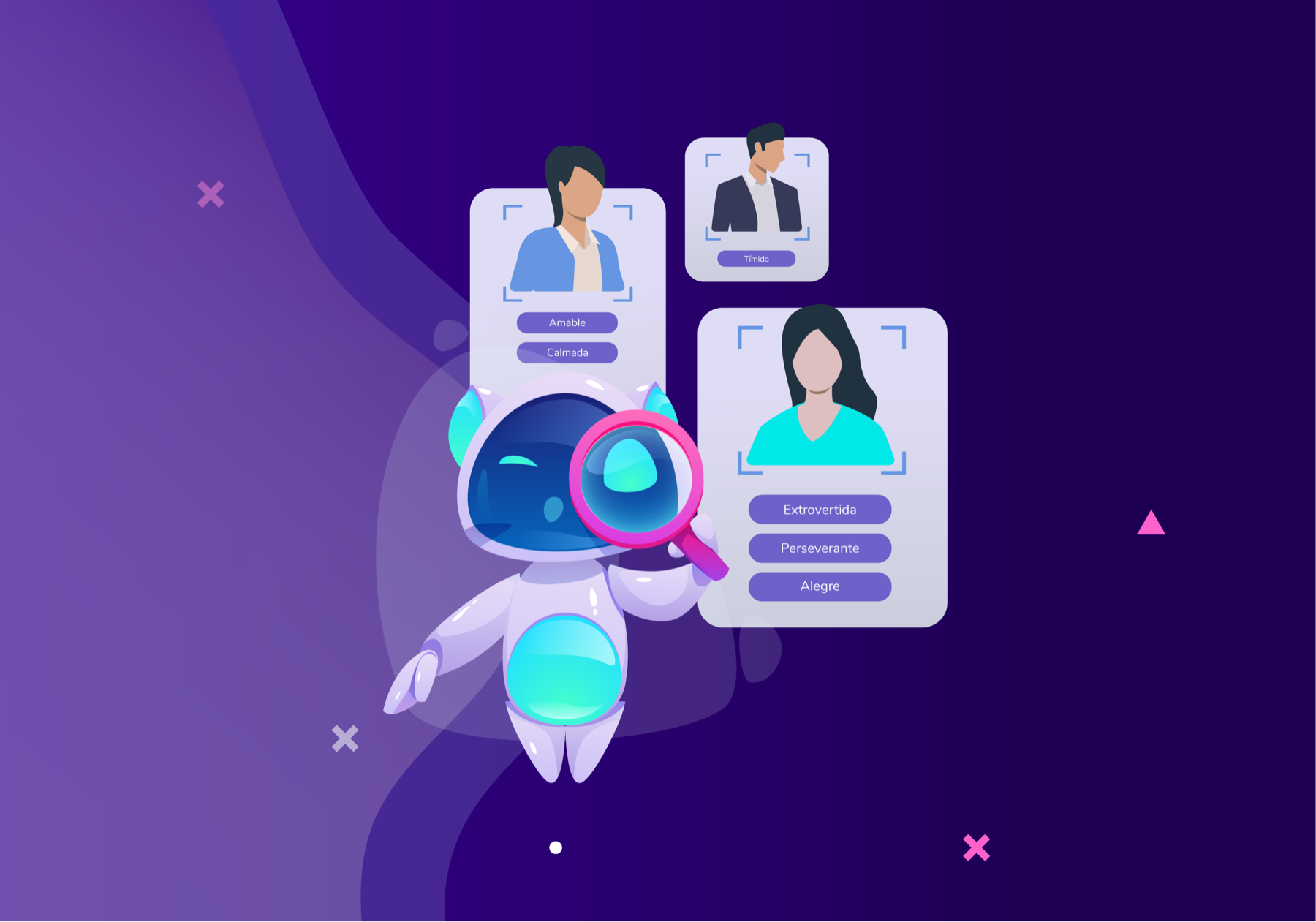 We start from the fact that each person is unique. However, sometimes we feel similarities with other people in the way they act or behave. In terms and concepts of personality traits, there is still much controversy about what is the clear description that defines personality. One of the main reasons for this lack of consensus is mainly the insufficiency of research tools and hypotheses. Among the most accepted descriptions, there is one which considers that "personality is the individual difference that constitutes each person and distinguishes him/her from another".

In both models, several investigations have been developed together with AI. Among them, with the Goldberg personality model, the University of South Australia conducted a study with Deep Learning in which they demonstrated that there was a relationship between eye movements and personality traits.

Moreover with the Myers-Briggs model, based on the personality theory of Carl Jung and his archetypes, they have shown that together with Deep Learning it is possible to know personality traits.

We are living an evolution of the traditional psychology analysis. Even if for the most orthodox psychologists it sounds very distant, the truth is that the field of personality psychology is taking its first steps. It is moving towards a new analysis, a new way of approaching this problem, creating new hypotheses about what has always been known along with advances in technology and society.

It is known that models such as the Big-Five and the Myers Briggs that exist today, among others, will maintain their relevance. However, new dimensions of constructions are coming to light when we talk about personality and technology. And the truth is that within the parameters of personality, both the most nomothetic theories (which seek to know the universal, the common, the shared to all people), and the most idiographic ones (their focus is the human being in particular, the individual and the unique) of personality, can support applications such as the design of intelligent systems and products that adapt to the individual.

Probably, our cognitive capacity and related constructs go beyond what we know so far. Perhaps, these constructs can be adapted to the interrelationship of the person with technology. It may be due to the exponential progress of Artificial Intelligence, as well as a greater availability of data about the individual.

Influence of personality traits on communication

When we categorise with personality traits, we can predict people's behaviour, but not in a deterministic way, as we have to take into consideration the difference between state and personality trait. Furthermore, knowing these categories could help us adapt certain communication styles related to the person's cognitive performance, i.e. that the communication style can be adapted.

Should we ask ourselves if technology is changing the individual's personality? It is probably easy for traditional psychology to answer this question, but the truth is that the world is undergoing a strong change process and new concepts, new analyses and thus new hypotheses are emerging. Personality psychology must evolve to do it at the same time as society and thus contribute to it in an effective way.